“Knowledge will forever govern ignorance; and a people who mean to be their own governors must arm themselves with the power which knowledge gives.”

We sometimes forget this essential truth, but… in a nation whose government purports… or at least aspires to be, as stated by Abraham Lincoln in his brief, but continuously relevant Gettysburg Address, a “…government of the people, by the people, for the people…” the American electorate is infinitely more important than the people they choose to represent them.  Even more important than the one they choose for the White House.  Those Presidents we elect are afforded the very best relevant and timely information gleaned from sources around the world, summarized and provided daily with analysis in a concise but comprehensive report from professionals in the Central Intelligence Agency.  That report is known as “The President’s Daily Brief” or the PBD. 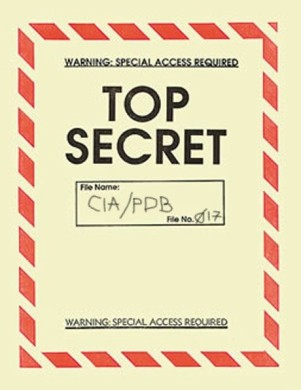 Should not “We, the people…” also be as well-informed and as often, in similar depth and by analysts of our own, people who are willing to cull the infinite sources of news and provide a concise report on the issues that affect us… especially when it is “We, the people…” who will judge this President according to what we know about him at the ballot box every four years?  We used to have such a report and it was called the “daily local paper”, available in just about every town and city in America.  These newspapers have declined in number and significance and are disappearing at an alarming rate, creating “news  deserts” and forcing many Americans to rely on media increasingly controlled and dominated by people who use them to propagate an agenda.  Be it political, social, or financial, the motivations of these journalistic conglomerates do more to contribute to disinformation than small independent dailies could have ever accomplished, which generally they did not because their integrity was a huge part in the sum of their value to their readership.  For those of you who weren’t there when daily papers were the main source of the news in this country, the words “journalism” and “integrity” were once synonymous, a thing we quite took for granted, if not true universally in fact, at the very least in universal aspirations.

Today?  I mean today, this day… as opposed to yesterday.  So many “things” are going on and grabbing the attention of the corporate media which is available and on line 24/7/365… a flood of troubles and strife… such that so many other “things” are slipping under the radar. In order to remain intelligently informed, the average American would have to have an analyst on staff in the kitchen just to keep up with how their government is slowly slip-sliding away into oligarchy.

Consider me your own personal Kitchen Cabinet CIA analyst. And when I say CIA, I am saying that I will be an analyst of events from your very own Citizens’ Intelligence Agency and I will cull multiple news outlets and give you considered analysis of what the media seems to be missing.  I’ll do it as often as I can and if it catches on, I will do it on a daily basis

These reports will be posted here my web site and it will be known as the CIA/PBD… or more specifically, the Citizens’ Intelligence Agency’s report, the People’s Daily Brief… your very own CIA/PBD, not unlike the President would get if our President bothered to read anything at all beyond a Tweet or a headline.  It will be comprehensive, complete with links and references to relevant and timely articles from multiple news sources at home and abroad… and not merely links to those sources but a perspective and thoughtful analysis of the events as I perceive them.

Follow my reports and I will keep you informed.

The Citizens’ Intelligence Agency’s Report and The People’s Daily Brief by James Lloyd Davis are licensed under a Creative Commons Attribution-NonCommercial 4.0 International License.