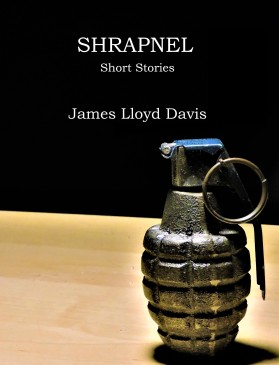 Because my novel is not yet ready to publish, I decided to go ahead and place the Kindle version of Shrapnel: Short Stories, my anthology of short fiction into Kindle Unlimited, so… if you have not yet read it and are enrolled in Kindle Unlimited, or wish to be, you can download it for free right now…
BUT THAT”S NOT ALL!
Beginning Thursday, June 17, 2021… at 12:00 AM PDT and for only five days thereafter, Shrapnel: Short Stories will be available absolutely free and to anyone on Kindle. This is a five day promotion for the Kindle version only, so… heads up!! Take full advantage of the offer while it lasts. Click on the link below to take advantage of these offers
Shrapnel: Short Stories from Amazon.com

On the path to publishing my book, I’ve had to stop, step back, and start over more than once, but with increased effort, I still managed to stay fairly close to my original schedule.  Very close now, in fact, to the announcement of a firm release date.

My anthology of short fiction was more or less complete about a month ago, but there is more to publishing a book than most writers generally imagine.  It’s been a series of discoveries for me, not unpleasant, but a lot more work than I imagined when first I thought of taking this route.  There is so much to learn when you are publishing your own work and it is one reason, I suppose, that many writers don’t even try.

There was, in times past, a particular and forbidding stigma attached to “self-publishing” which was generally then referred to as “vanity publishing.” Perhaps that attitude still exists, prevalent, I am sure, among those who are fortunate enough to have successfully bypassed the formidable corps of gatekeepers who surround the modern publishing industry like a moat defending the castle keep, which may sound like hyperbole in metaphor, but not when you’ve tried to approach the industry without a bankable name or a record of previous success.

The decision, finally, to self publish was difficult for me because I am of an age that I felt a strong and personal disinclination to do so, specifically because of that stigma, the belief among writers from my generation that, if a writer was worth reading, he or she could certainly get published… that and the prevailing notion that all self-published books tended to be amateurish and generally bad… that all “vanity publishers” were scammers and thieves.  (Not an unfounded notion back then)

However, many publishers in the industry today drastically limit the number of new writers on whom they are willing to take a chance because of strict business guidelines and the corporate need for consistently high investor return. While I have enjoyed success in publishing shorter fiction in literary journals, the task of getting a book considered by a publisher becomes more difficult every year. The competition is more than fierce… it’s forbidding.  I know from experience how long and hard that process can be…. and it can take a year or more for a completed manuscript to finally get to print.

Even if a new writer manages to find a publisher willing to take a chance on them, they are expected to put in a great deal of effort into the marketing of the book themselves and for less return on the sale of it than they would get if they published the work themselves. If you are going to have to market the book anyway, why bother giving a publisher the lion’s share of the profits.  It’s more work, I would say, than is warranted for the return.

In light of these facts, self-publishing makes more sense than ever before.  Whether the stigma exists today or not, the process of self publishing through an entity like Amazon is relatively easy to learn and many writers already possess the skills necessary to do it.  But make no mistake, there is a lot to learn and it is very hard work if you want to provide the reader with the quality they expect when they purchase a book. It’s not for the hobbyist, but requires a serious commitment.

After catching up with editing and formatting corrections, I am ready to finalize work on the cover design this week and to do some research into the necessary metadata required for marketing the book. Hopefully, I will be able to order and survey a proof copy of the printed book and be ready to set a date for release in September, 2 to 3 weeks from today.  It’s hard to keep from accelerating the process.  The temptation to get ahead of myself is great, but there is something to be said for putting out the very best quality in a book that you can muster.

I’ve already started working on formatting a novel I’d already written and finished last year. I would like very much to have that one ready for release before the holidays.  Taking the experience I’ve gained in publishing Shrapnel will make the process more fluid in future projects.  It will not be less work in the long run, but that work will be more efficient with every book I produce.

There will be many, I can promise you that.