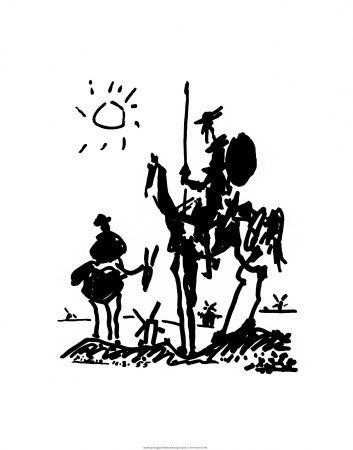 Taking a break from the news today.  No analysis today.
Just this… a kind of message.  A message I’d just as soon not deliver.

This message is for white people in America… from an old white man in America who has seen too much of nothing being done… who has reached the limits of his silence… and decided to take a leap and say some things he’s wanted to say for well over fifty years.  And these things I have to say?  It likely seems presumptuous for me to be the one who says them, audacious, even… as though I am some icon of rectitude, a sanctified prophet, a voice crying in the wilderness… but I’m not.   I’m just an old white guy… nobody, really, but I know things.

I know, for instance, that change has got to come.  Not little changes, but big ones, change so elemental and profound that it may frighten us to imagine how our lives will be affected.  But change needs to come.  We just can’t let things go on as they are.

I know that it will take more than just black Americans standing up and calling BS on everything that’s been going down in this country since the first slavers brought black Africans in chains to Jamestown, Virginia in 1619 to be sold like cattle and to serve like beasts in the fields.  They served as the base of a slave economy, a labor force that grew exponentially as slave ships brought more black Africans to live as slaves, the people who actually built the Southland of America and brought enormous wealth to the white Americans who owned them.

Our glorious and Great American Experiment was a lie from day one.

Sanctimonious men declared themselves free of their king, based upon the vaulting and bravely progressive premise that “…all men are created equal… endowed by their Creator with certain inalienable rights…”  They signed a letter to their king declaring themselves free, even those among these men who held the deeds to the life and labor of other human beings and denied them those considerations they demanded of their king for themselves.  They were hypocrites and despots no less cruel than their king, these men who owned slaves and gave them no credit as their equal… indeed, denied them their humanity… yet they dared to esteem themselves righteous… as we continue to do to this day, in spite of what we know of their hypocrisy and their petty tyranny.

These days, even white people applaud the pulling down of statues honoring Confederate generals, but statues of George Washington and Thomas Jefferson abound… and few of us, if anyone at all, would suggest that they deserve similar treatment.  These icons of the revolution and of American independence were both slave owners, but they seem to have been given an exemption from the condemnation given Confederates.   Do we discriminate now and in the near future between the statues of “bad” slave owners and “good” slave owners?  How do you make that distinction?  How much of our perspective of the American story is based upon exception derived from the hypocrisy of our perceptions?  We judge Robert E. Lee for his sins, but give Jefferson a pass?  On what grounds?

Slavery was a system of stolen labor and heartless, brutal oppression that did not end when these white men declared themselves free.  It continued through the violent, racist Southland rebellion that was our nation’s Civil War.  Yet even then… following that terrible War… even after slavery was abolished, a new and subtle form of slavery emerged, a system of economic slavery that was forced on those people whose rights were supposedly gained through the fiat of Emancipation, rights that were practically rescinded, rights that utterly vaporized when the Federal occupation forces who ensured and enforced them marched away from the Southland, leaving black men, black women, and black children at the mercy of their former owners.  Former slaves were dominated once again in bondage, mercilessly exploited and oppressed in spite of their freedom and through violence, intimidation, and murder.  That brutal injustice was reinforced in perpetuity by way of a system of laws that further stripped them of any rights they’d been given.

Think about this.
If you’re white like me?
What’s happening today?
It’s not about us… not about you or me.

Maybe it’s just time for white people like us to get over ourselves and stop believing that our “liberalism” or our “empathy” or any other “charitable” and condescending attitude we adopt and wear like a comfortable pair of jeans somehow exempts us from the guilt our nation bears toward the descendants of slaves.  A guilt… and a debt… and it’s a debt that has never been paid.  It’s long past due and if it isn’t your debt to pay, not mine, then whose debt is it?

You and me?  We’re the ones who possess a privilege we’ve had since birth, an unearned advantage based upon nothing more than the color of our skin… and as long as we deny that advantage, this problem will continue to fester and boil and that very real debt will never be paid, but it will continue to accrue interest over time, an interest that will be paid in the currency of trouble and of strife.  No.  We don’t get a pass.  We don’t even get an exemption for caring… for giving a damn.

It’s our debt to pay and we don’t get to feel like it belongs to some unknown others.  We don’t get to be the collector.  We owe a debt and it’s long past time for white people like you and me to pay what we owe… to do more than hold a candle on a street corner surrounded by the safety and security of our privilege, feeling all warm and fuzzy in our weepy, self-righteous skin, singing “We shall overcome.”

For over 400 years, the message of America has been White Lives Matter.  So… when someone tells us Black Lives Matter?  If we say anything at all, let it be nothing more than “Amen !!”  We need to sit down and shut up because it’s time now for us just to listen.  We may think we’ve already heard this tune before, that with our “wokeness” we’ve earned ourselves the right to join the chorus.  But I’m here to tell you we haven’t heard anything yet.  We need to listen, not preach.
We don’t have the right.  We haven’t earned the right to do otherwise.

But don’t just listen to me.
I’m white like you, after all.

Chances are I’ll never be able to say it in the way it needs to be expressed.  And you don’t owe me anything.  This debt that is owed is as much mine as it is yours.  Just like you, I need to pay my debt and writing these words is not a part of that repayment.  It is, however, acknowledgement that I owe it… putting my signature in the box of an IOU.

Listen to your neighbors who are black and who know this already.  They live with this thing every day.  Listen to people of color because they are the ones who have something to say and a righteous reason to say it.  This race thing is not going to go away until we face those things we avoid.  We need to stop pretending that we are any better than the racists we decry if, for one moment, we are content with what we have when what we have, we have not earned.

This message is for white people in America… from an old white man in America who has seen too much of nothing being done… who has reached the limits of his silence… and decided to take a leap and say some things he’s wanted to say for well over fifty years… and didn’t.   Which omission… on his part… is unforgivable and renders him every bit as culpable as every one of us is culpable and will be until this damnable stain is removed from us by our efforts to make things right.  Efforts… not words.  Having said these things I’ve neglected to say for so long, there’s nothing more that I can add.