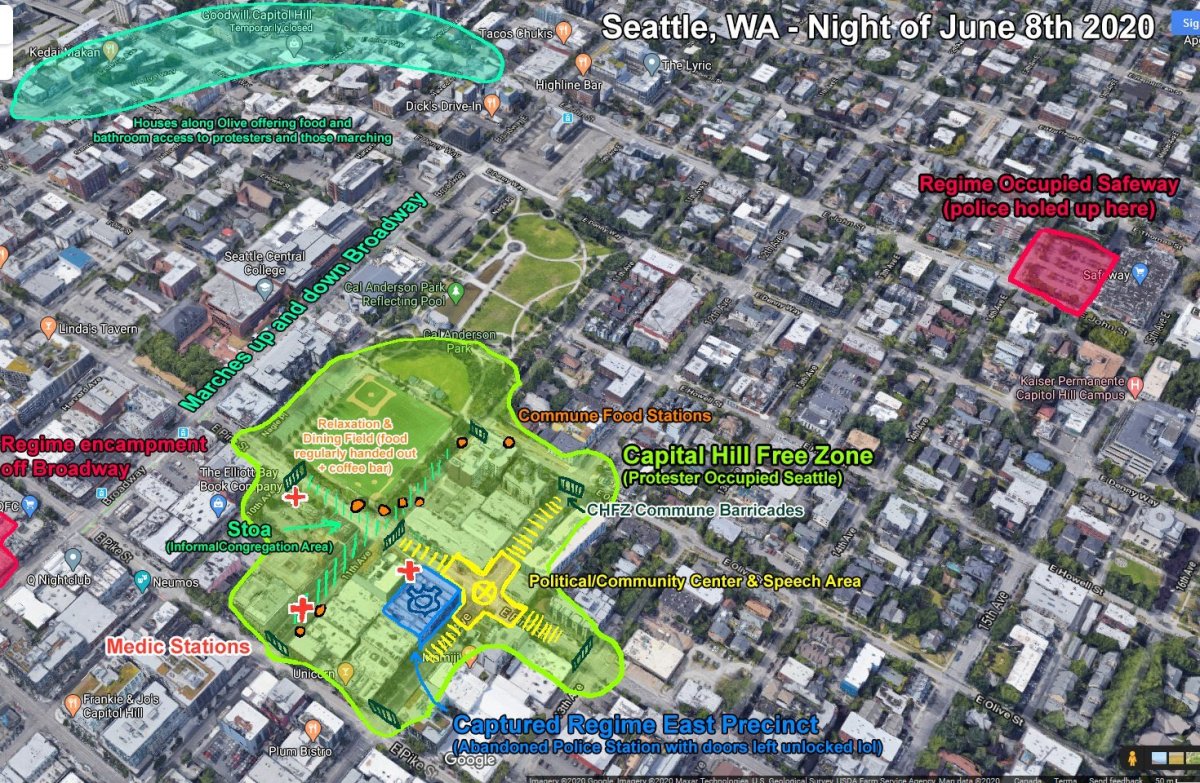 (( The featured image above, a photo map of the Capital Hill Autonomous Zone in Seattle, and other photos suppied below were copied from the Black Rose Anarchistic Federation Twitter Account. The link to the group’s web site is:  https://blackrosefed.org/ ))

It’s not easy to get any credible news from corporate media about the Capital Hill Autonomous Zone in Seattle, but it’s out there in the ether of the internet if you look for it.  On Monday, I found a decent article from Jane C. Hu that debunks much of the mythology and hype that’s provided by cable new and the bigger newspapers concerning events there.  The article gives you a true sense of what’s happening in an eyewitness account and you can read it here at  SLATE 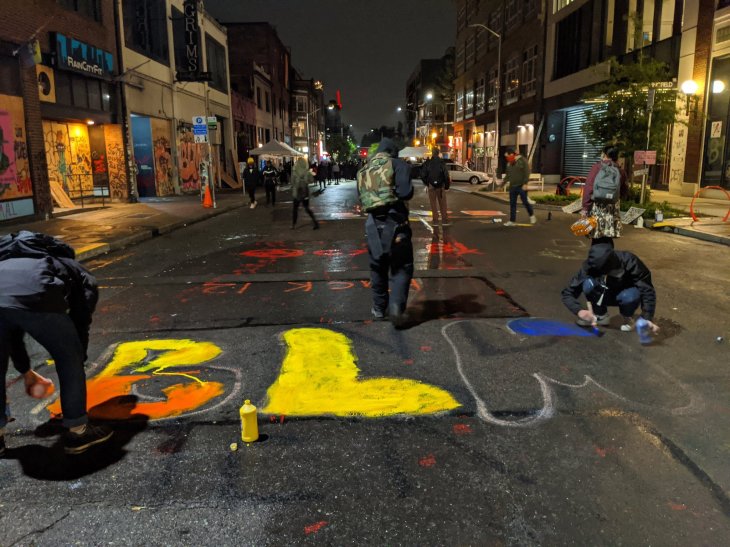 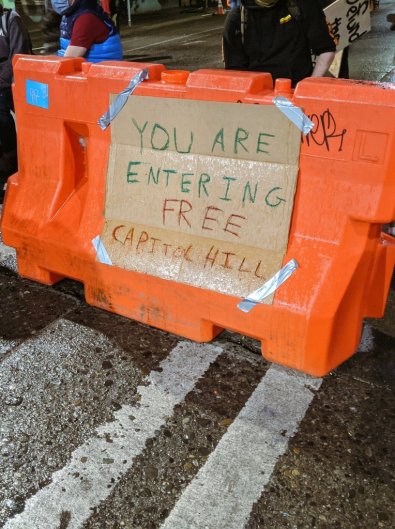 The pictures posted here are from the 8th and 9th of June, but the article was written on the 16th.  As you can see and read in the referenced article, the Autonomous Zone is not yet in flames or the scene of crime, chaos and hunger as has been suggested elsewhere and, as far as I can tell, Trump’s military intervention hasn’t shown up as yet.  Maybe he’s waiting to announce that the tanks are rolling into Seattle at his rally in Nuremberg Tulsa this weekend, raw meat for his fans.  Or, he may do nothing at all because he is an impotent gas bag.  It’s a toss-up.  No one can confidently predict what he will do or what he will say.  In order to distract attention away from the release of John Bolton’s book, Trump is liable to do anything… and in his mind, the more outrageous, the better. 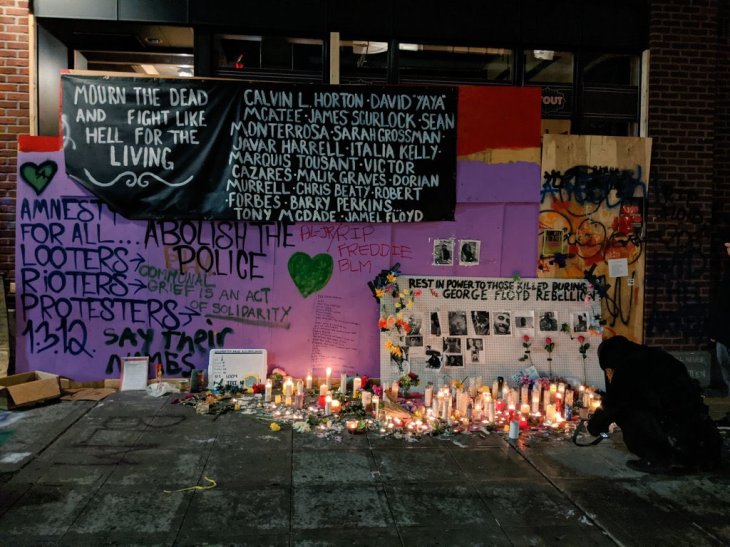 If I lived in Seattle, I would think it wise to stay away from the Autonomous Zone on Saturday when the Oklahoma rally is in full swing.  God knows what Trump will do to get a rousing ovation from his mob of vengeful minions. 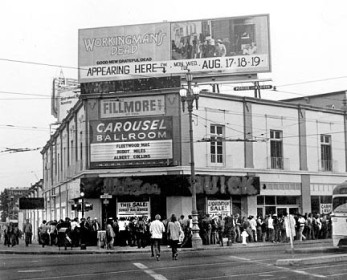 Speaking of which, I saw pictures of Trump enthusiasts who’ve already already begun waiting for Trump since Monday… lined up with camping gear, sleeping bags, barbecues and lawn chairs outside the BOK Center in Tulsa.  They looked like Dead Heads lined up outside Fillmore West back in the old days, only better-fed and considerably less hirsute.

Anarchism in the United States has a surprising depth and length to its history, dating back to the nineteenth century with adherents and spokesmen who were recognized as seminal thinkers in their movement worldwide.  Regardless, the average American, the product of its public schools and even its universities, is generally unaware of it.  Socialism, anarchism, and other populist movements are, after all, inimical to the American institutions that have been so carefully constructed to contain and control any equalizing factors, socially and economically.  Notions we hold iconic and dear, such as “democracy” and “liberty” and “freedom” hardly describe the realities our institutions have produced.  In the nation that most of us recognize today we see injustice and inequality at the very core of American life.

Our nation’s notions, taken as a theme, paint a lovely picture of “equal opportunity” and “liberty and justice for all” while the reality of our lives is better expressed by the institutional murder and mass incarceration of the poor… and of them, primarily of our people of color.  We live a lie in the light of these faux notions, though our institutions maintain them with a brutal and, for them, necessary containment through suppression of ideas.  Socialism and anarchism are considered “dangerous” concepts because they offer viable alternatives to the injustice that affords both privilege and profit to the “exceptional” few while the rest of us compete for the scraps that fall from the tables of these “movers and shakers and job-creators” who are the only true benefactors of our institutions.

It’s not an anomaly or difficult to perceive that socialism and anarchism, which concepts are anathema to the present institutional product of injustice and exceptionalism, are considered taboo and labeled unAmerican… even in our highest academic institutions, where intellectual freedom is also and subtly constrained, regulated by the dictates of funding.  (A thesis for another day.  Soon?) 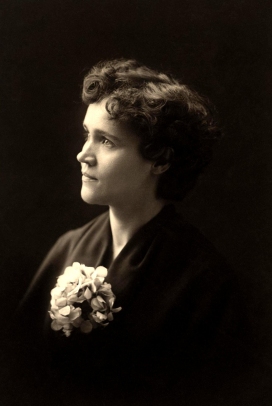 If Americans were to understand the way in which their lives and even their thoughts are manipulated to the benefit of a privileged minority, they might decide to make use of the real power that is forever in their hands through organization, solidarity, and the recognition of a common interest in opposing that which does not serve their common welfare.

Consider the words of Voltairine de Cleyre, the world-famous feminist and anarchist of her time, whose name most Americans would not recognize today.

“The most that a working-class party could do, even if its politicians remained honest, would be to form a strong faction in the legislatures which might, by combining its vote with one side or another, win certain political or economic palliatives.
“But what the working-class can do, when once they grow into a solidified organization, is to show the possessing class, through a sudden cessation of all work, that the whole social structure rests on them; that the possessions of the others are absolutely worthless to them without the workers’ activity; that such protests, such strikes, are inherent in the system of property and will continually recur until the whole thing is abolished — and having shown that effectively, proceed to expropriate.”

What is happening in Seattle today and what happened during the Occupy Wall Street movement, indeed what is happening whenever Black Lives Matter events and demonstrations around the country disrupt the hypnotic deceptions of our everyday life, is the expression of a hunger for the two very basic things our society and our institutions cannot, have not, and will never provide, universal justice and true equality.

Something to consider.  Maybe it will spread.